I have been under the weather this week and when I don’t feel well, a creamy bowl of soup is the perfect comfort food. Also, the weather here in Kansas finally turned colder so a pot of this soup just sounded ideal. We even got a light dusting of snow this week! It was a pretty snow, and the best part was it melted off the roads as it was falling, so just the trees and yards were covered.

I have a recipe for Chicken and Wild rice soup that I found a while back on the internet. It uses a box of Uncle Ben’s rice and wild rice blend with the seasoning packet. It is a wonderful recipe, but chalk full of sodium, chemicals, and preservatives. Since in the New Year we are trying to eliminate processed foods, I decided to come up with a new Chicken and Wild Rice Soup recipe. I still used the Uncle Ben’s blend of long grain and wild rice for ease because I had one on hand. You could certainly cook some long grain and wild rice if you wanted to. You want to end up with about 1 cup of cooked white rice and ½ cup cooked wild rice.

Also, I used the spice turmeric, which is similar to curry, in this soup. I love the flavor that this spice gives a dish, but if you are not so sure, you might start with just a ¼ teaspoon and see if that is enough for your taste. You’ll see once again I added Frank’s Hot Sauce to my recipe. I think I should be getting some kickback from them! I literally add Frank’s to just about everything. We finally broke down and bought a gallon of the stuff at Sam’s Club, and I can’t believe how much we have already used. It is not so hot that it is too spicy — it just gives a really nice bite. 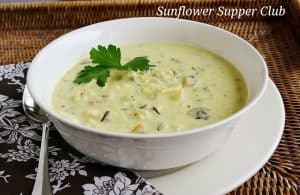 I linked this recipe up over at the Weekend Potluck hosted by 4 Little Fergusons, Meet Penny, Baking Bad, and The Country Cook.  Check it out for tons of delicious recipes! 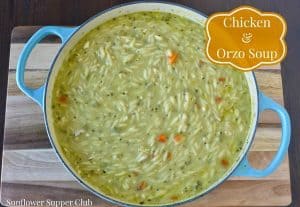 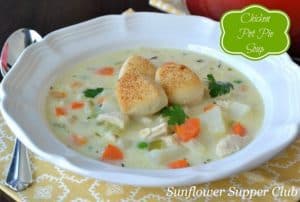 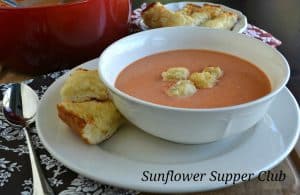 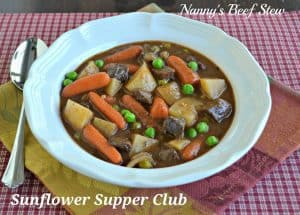 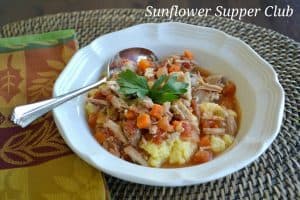 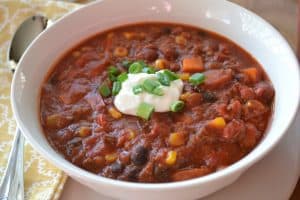 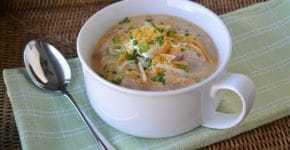 I have a couple of things to talk to you about today, some good news and some bad news for our friends and clients here … END_OF_DOCUMENT_TOKEN_TO_BE_REPLACED

We spend lots of time reading recipes online and have made friends with many food bloggers. Here are … END_OF_DOCUMENT_TOKEN_TO_BE_REPLACED